Every summer, we went to Price, Utah to visit Grandma and Grandpa Rasmussen.  We'd load up our blue VW van

We'd leave early in the morning and make the long trip in one day. 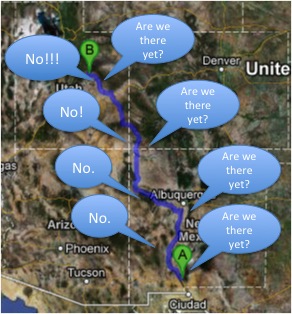 We'd usually roll in around 8 or 9 o'clock at night.  Mom and Dad would park far from the house, and my sister and I would walk up the long driveway to the front door with our suitcases in hand.

My sister Kristi had the blue one 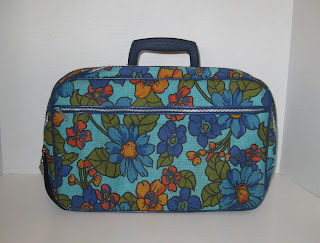 and I had the gold one 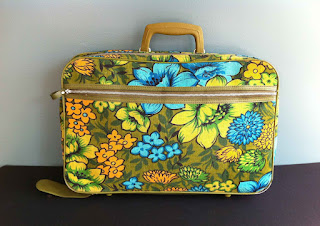 We'd ring the doorbell and say, "Mom and Dad made us walk all the way from Las Cruces to come see you!"  Grandma would always exclaim how tired we must be and that we should come in and rest.  She never seemed to get tired of our silly joke.

Visiting Grandma's house was a special time.  Each year we knew we would get to eat homemade bread, 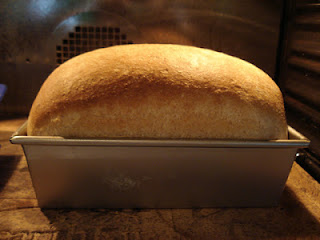 pick cherries from her trees, 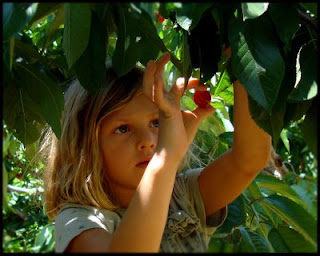 and best of all, get with the Rasmussen cousins and play COLORED EGGS! 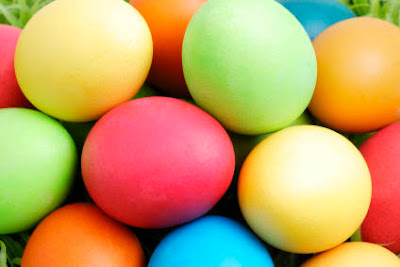 Did you ever play colored eggs as a child?  You didn't?  I'm so sorry.  Let me teach you how to play.

One person is the big bad wolf 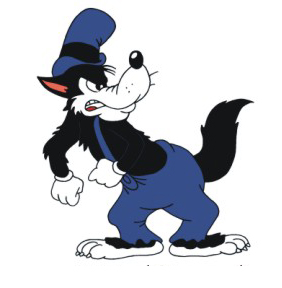 One person is the mother 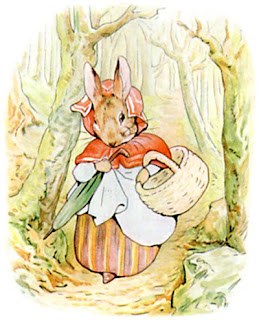 and everyone else are the children. 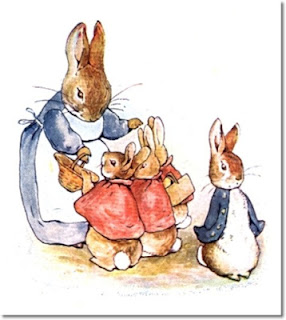 The wolf has to go far away from the mother and the children so that they can discuss what color each one is going to be.  We finally had to make a rule that you could only choose colors found in a box of crayons.

Once everyone has picked a color, the person who is the wolf goes up to the mother.  She turns her back to the wolf so that he or she can knock on her back.

The mother turns around and asks, "Who is it?"

The mother asks, "What do you want?"

The mother asks, "What color?"

Then the wolf starts guessing colors. 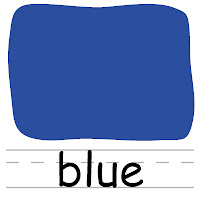 The mother has to remember if any of the children picked the color blue.

If no one did then she says, "Wrong color!"  And the wolf has to guess another color.

If someone is blue, then that person has to run as fast as they can to a designated spot (ours was a blue spruce tree) 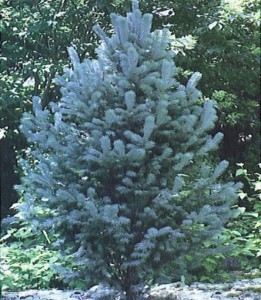 and return to home base before the wolf touched the runner.  If he or she was caught, they became the new wolf.  If they made it home safe, the wolf had to guess another color.

The family also picked a bonus color.  This was a color that meant everyone had to run if the wolf picked it, including the mother.

We played this game so often that we got tired of the traditional colors.  I was usually the one who would pick obscure colors like 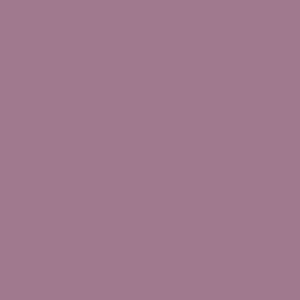 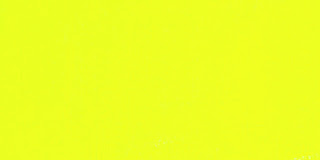 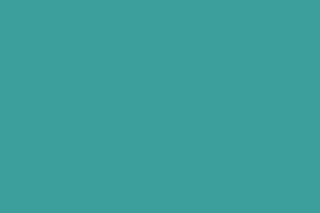 I think it goes without saying that I really hate to run.

A few months ago I was talking to one of my cousins about this game and said to her, "That was such a fun game you taught us.  The only time we ever played it was in Price with you."

She said, "What do you mean?  You taught it to us.  The only time WE played it was when you came to visit."

So how this game began is a mystery.  The world may never know.

Posted by A Certain Englishman's Wife at 8:28 PM